he SNARF project is a rover designed and built from scratch in 2017 at Turing Lab in order to have a platform of research for autonomous techniques such as Simultaneous Localization and Mapping (SLAM). Along the years as result of the research a lot of changes have been made in the project changing for example the type and material of the wheels, the control system that drives the motors and the type and kind of batteries.

Nowadays it has two main ways of control, first it can be controlled by a person using a joystick or second using an autonomous control where it just needs a target point and it calculates its own route and avoids obstacles to the point. 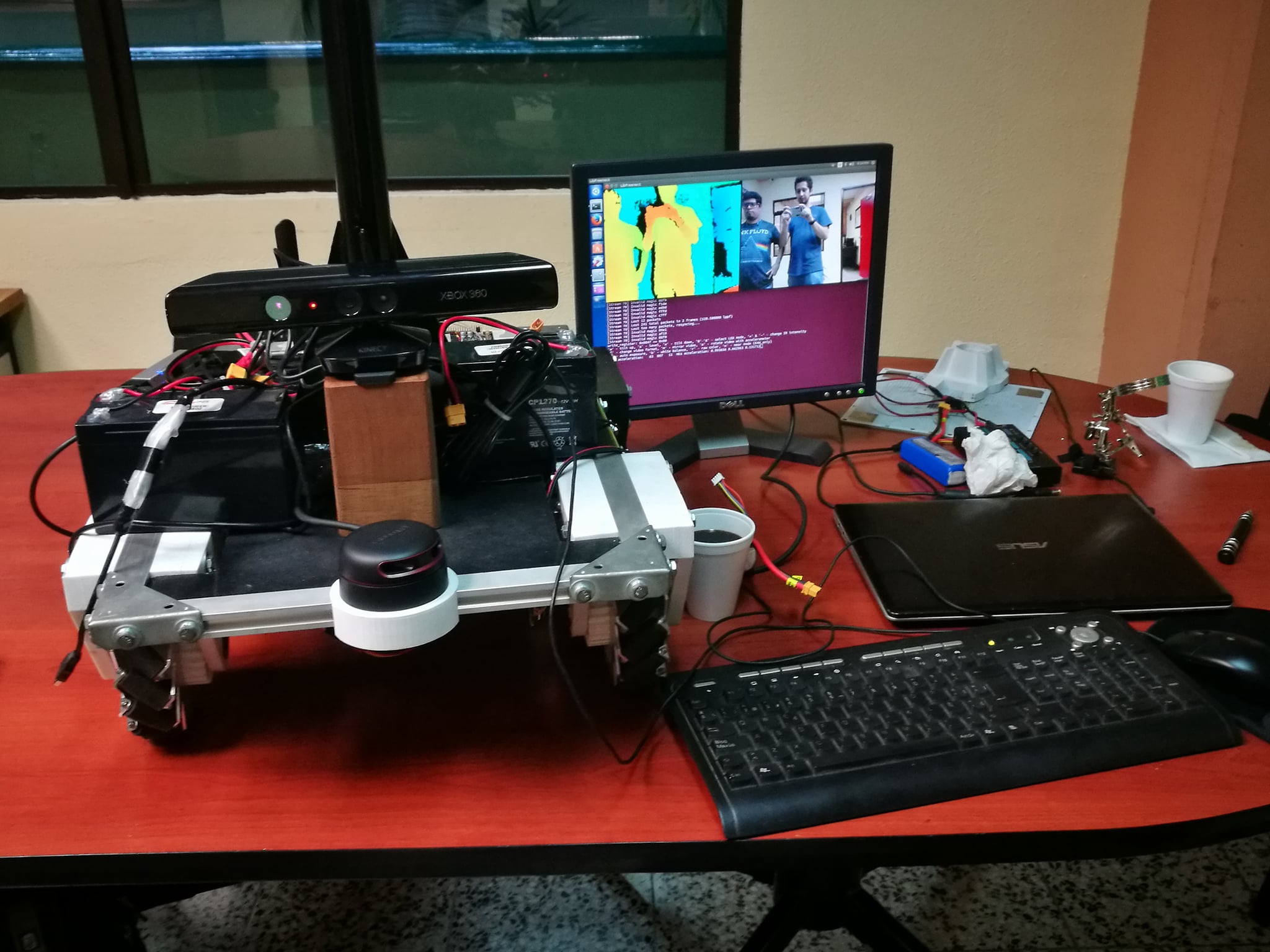 The Software of SNARF is developed using Robot Operating System (ROS) to capture the information from the sensors and process it and send the information to the microcontrollers from the wheels.

RVIz showing a map that is being generated at Galileo University 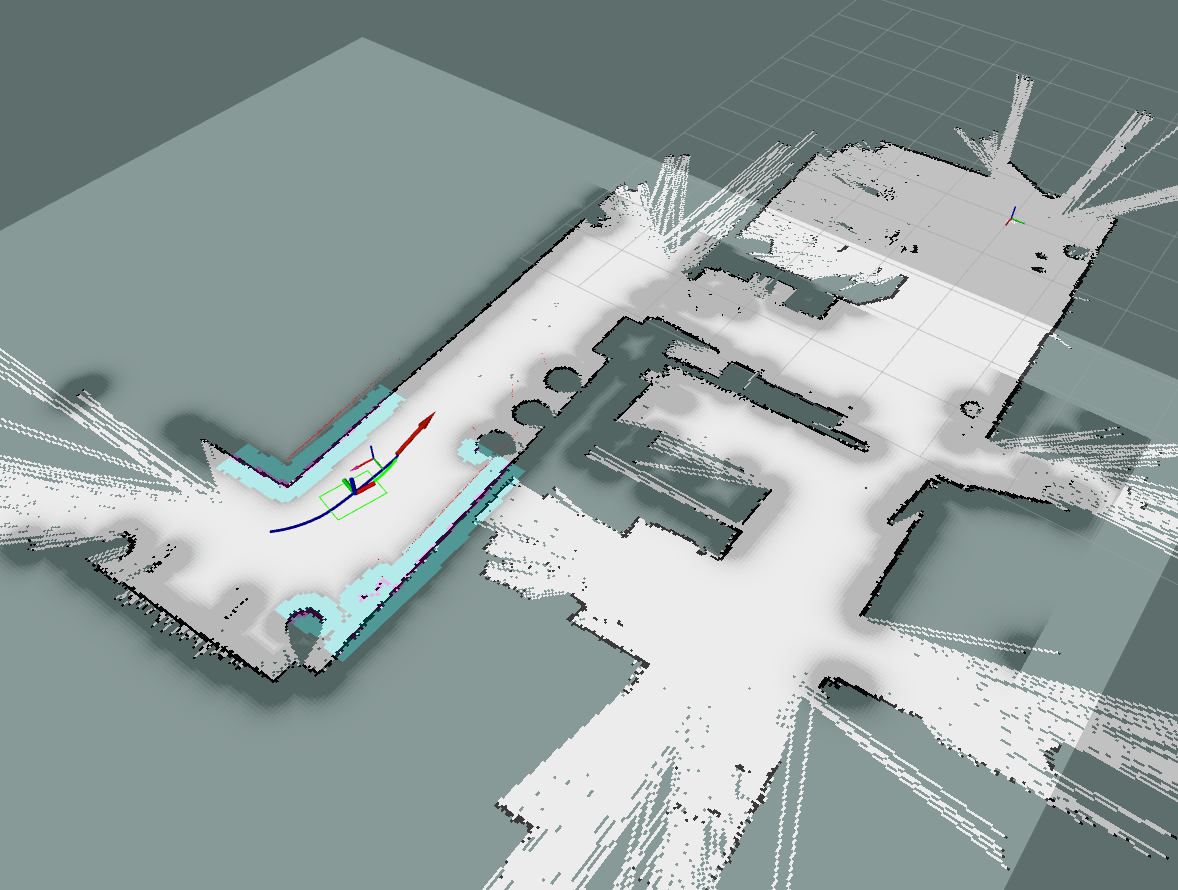