alileo Hand is a low cost, open source body powered prosthesis planned to distribute as a do it yourself kit so that people with disabilities could contact their local maker to help them build the system. The materials are designed to be low cost and easily accessible so that it is not only easy to build, but also easy to repair anywhere in the world. The files are available for free download. Personal 3D printing and global collaboration over the Internet have enabled the creation of inexpensive prosthetic arms. There are few truly inspiring open projects collaborating globally to create and improve mechanical prostheses with 3D printing.

In order to improve the functionality of 3D hand prostheses, the GalileoHand was designed to be fitted to conventional mechanical prostheses replacing the terminal device, usually consisting of hooks or clamps. Traditional action mechanism that allows the extension and flexion of the fingers through shoulder movements is maintained. A major improvement in this design is the Thumb Blocking Mechanism which allows the thumb to rotate obtaining three different types of grips: digital grip, tridigital grip and lateral pinch. This instructable contains the steps to print and assemble the Galileo Hand. 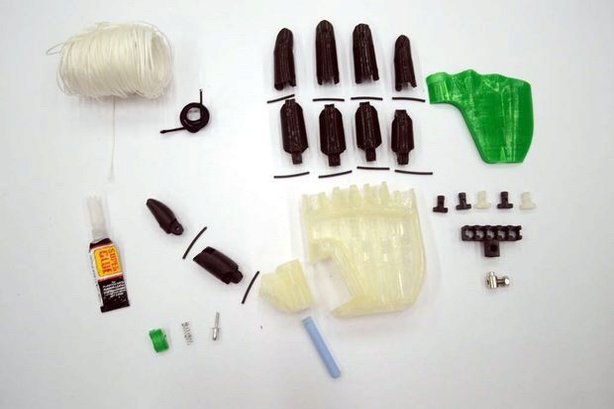 On May 07 2013 Makerbot, one of the pioneering 3D printer providers posted a story about Robohand which truly inspired us. By using 3D printers, a group of 2 people had managed to build a low cost, do it yourself “hand” prosthetic which not only benefitted the user developing the technology but later helped other children in need… it was a great story which we wanted to replicate at our home Guatemala. 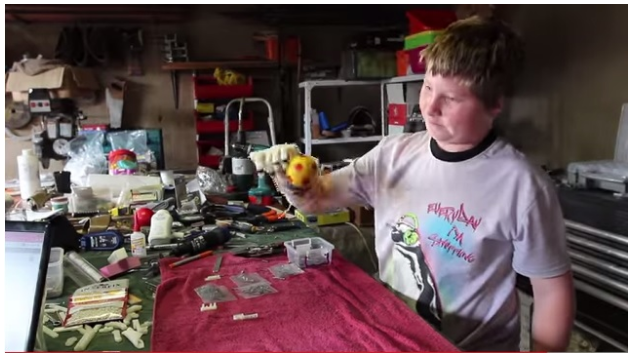 Being engineers, we wanted to build upon the technology adding the bionic part, at first it was very chaotic and we started testing various technologies such as headsets that read brainwaves http://emotiv.com/, Shape Memory Alloys such as Muscle Wire http://www.musclewires.com, etc. we did a few prototypes but quickly noted that we were building a complicated unreliable system. 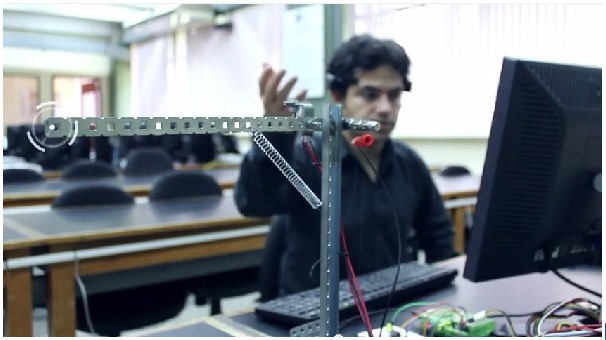 We also 3D printed the Robohand and noted that it actually wasn’t a hand replacement, it only worked if the patient did not have any fingers but still had the palm of the hand… this was not the common scenario, also it seemed it was mostly an aesthetic improvement since it had very little functionality.

Keeping it Simple and Focusing on Functionality:

We want to keep as much functionality in the mechanical version due to it’s low cost and high reliability, which is why we incorporated a thumb rotation module so that the mechanical hand can do 4 types of grasping, allowing for things such as: picking up small objects, writing, carrying a toolbox, reading a newspaper, picking up medium size objects, drinking water, to mention a few. 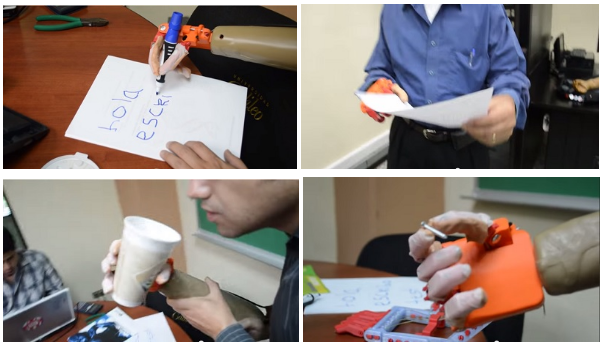